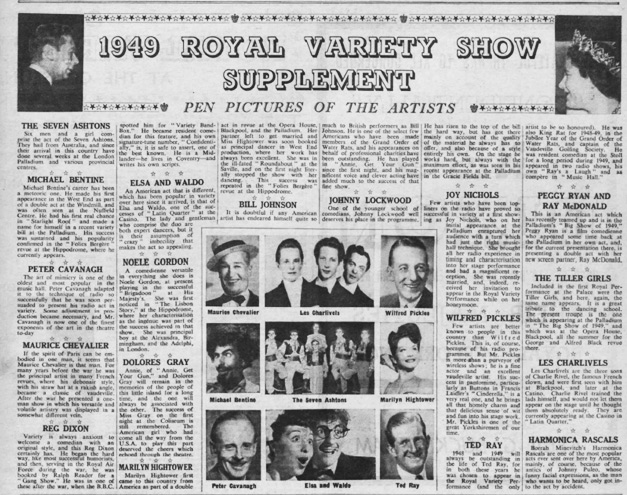 A comedienne versatile in everything she does is Noele Gordon, at present playing in the successful Brigadoon at His Majesty’s.

She was first noticed in The Lisbon Story at the Hippodrome, where her charactisation as the ingénue was part of the success achieved in that show.

She was principal boy at the Alexandra, Birmingham, and the Adelphi Theatre in London.