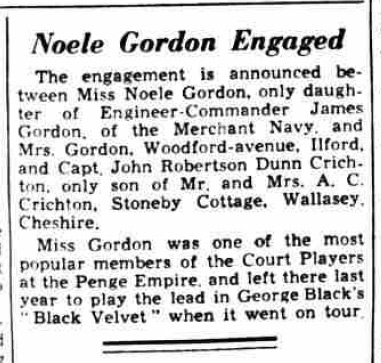 The engagement is announced between Miss Noele Gordon, only daughter of Engineer Commander James Gordon, of the Merchant Navy, and Joan Gordon, Woodford Avenue, Illford.

Miss Gordon was one of the most popular members of the Court Players at the Penge Empire and left the theatre last year to play the lead in George Black’s ‘Black Velvet’ when it went on tour.