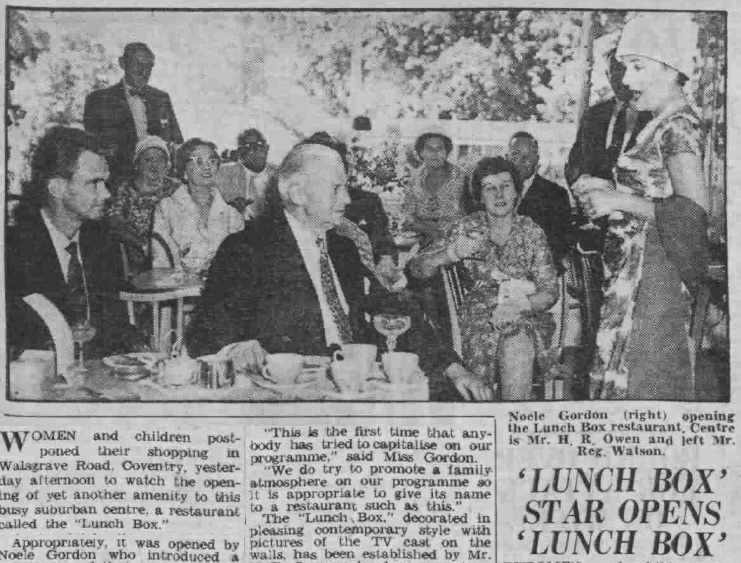 WOMEN and children postponed their shopping in Walsgrave Road, Coventry, yesterday afternoon to watch the opening of yet another amenity to this busy suburban centre, a restaurant called The Lunch Box.

Appropriately, it was opened by Noele Gordon who introduced a programme of that name on commercial television.

She was accompanied by the producer, Mr. Reg Watson.

“This is the first time that anybody has tried to caplitalise on our programme.” said Miss. Gordon.

“We do try to promote a family atmosphere on our programme so it is appropriate to give its name to a restaurant such as this.”

The Lunch Box, decorated in pleasing contemporary style with pictures of the TV cast on the walls, has been established by Mr. H.R. Owen, a local newsagent.